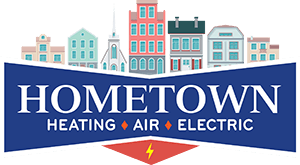 During summer, when the temperatures increase, and there is a need for cooling, a simple press of a button can bring cold air flowing into the house. This has been made possible by the invention of the air conditioner. For most people, it is hard to imagine a life without an air conditioner. However, this device was only invented in the 20th century. Since its invention, the air conditioner has helped millions of people live a more convenient life and allowed for advancement in several commercial industries.

Necessity Is the Mother of Invention

Different cooling systems have been invented by people throughout history. The ancient Egyptians used a system of hanging wet mats at the doorway for cooling. The Romans used aqueducts to circulate fresh water through indoor pools, causing a cooling effect in the interior space. However, the modern air conditioner was not invented until 1902.

At the end of the 19th century, the manufacturing landscape in America had expanded with different types of products being produced. The paper printing factories were especially vulnerable to high temperature and humidity, which caused issues with the paper not allowing for proper printing. It was important to solve this issue if paper factories were to operate in regions with fluctuating temperature and humidity.

Willis Carrier: The Father of the Air Conditioner

One paper factory in Brooklyn, New York, hired an engineering firm to find a solution to this problem. The engineering firm assigned this project a young engineer named Willis Carrier, who was a graduate of Cornell University. Carrier had experience in experimental engineering and had worked on finding innovative solutions for the clients of his employer.

As a solution for the paper plant, Carrier made a device that had cold water pass through coils, which reduced the temperature of the air flowing through the coil system. This formed the basis of the concept of an air conditioner. The air conditioner we use today has gone through several improvements in design and technology, but the basic concept of the modern air conditioner has remained the same as invented by Carrier.

The Legacy of Willis Carrier

The legacy of Carrier lives in our homes, malls, cinemas, airplanes, ships, and anywhere that has an air conditioning unit. The concept used in air conditioning helped engineers and scientists develop other useful products. The air conditioner allowed for an increase in the productivity of its manufacturing plants during the summer months. The transformative device by Carrier helped to manifest plants control the temperature and humidity. This was essential not just for paper factories but for many other types of factories.

Architecture was another industry heavily impacted by the invention of the air conditioner. Before the invention, homes, and factories had to be built with thick walls and systems allowing for insulation from the climate outside. It was common for buildings to have thick walls, high ceilings, balconies, courtyards, windows facing away from the sun, and other necessary features to survive the hot weather. With the invention of the air conditioner, however, homes and factories could be built faster and more cheaply. Plus, they needed less space. Another major impact of the invention by Carrier was the great migration of Americans to the Sunbelt. The air conditioner allowed more Americans to settle in the southern states, which had higher temperatures.

Schedule an HVAC Service Appointment With Us

To schedule an appointment with our technician at Hometown Heating & Air, you can contact us through our website or give us a call. We are a full-service HVAC company, providing heating and cooling services. We are located in Cedarburg, WI. At Hometown Heating & Air, we also provide services for indoor air quality and maintenance services for solar units, boilers, gas furnaces, garage heaters, and more. All of our technicians are certified and experienced in performing these services. They carry all the latest tools and technology for diagnostics, repair, replacement, and other types of services. Contact us now to schedule a service.

Schedule With Us Today